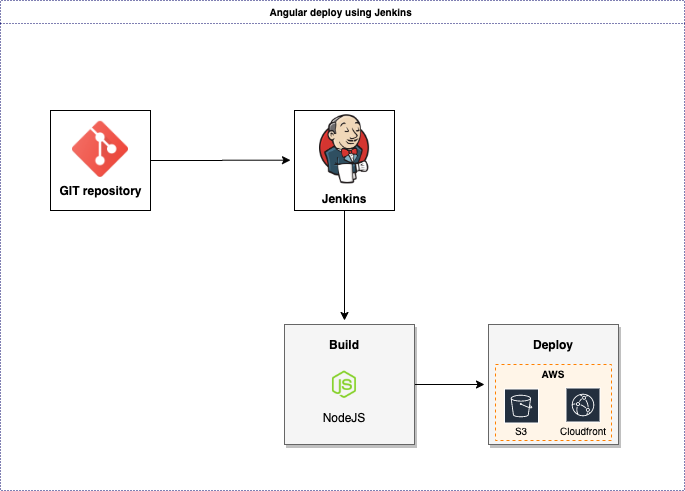 Deploying your Angular application with Jenkins

To start with, we will go through the following topics and also the steps required for deployment:

Optionally, you can pass the output-path attribute during the build process. For example:

With Jenkins, we will configure job to perform the below steps as shown in the above diagram.

For this process, we need to have the following resources:

Please click on the link and complete S3 hosting with your custom domain: S3 Hosting

We need to configure IAM user for aws-cli to upload the files. It can be done in two ways.

We can run AWS configure command as Jenkins user and provide the credentials.

Give a name in “Enter an item name” to the job and select Freestyle project and click OK.

Now, scroll down to the Build section and click on “Add build step”. Select “Execute shell” from the drop-down menu.

Now, add the below Build commands in the Command window.

Now, add the below commands to copy the folder to S3 and clear the cache of the distribution:

Finally, save the job to make it ready to run.

The job is now ready to build and deploy when we select Build Now.

If you access the application via the CNAME of the Cloudfront Distribution, you should successfully see your application.